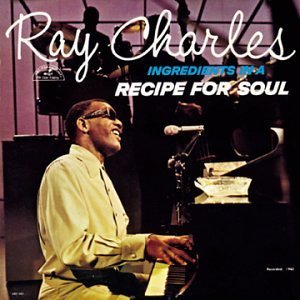 Listen to this song by the Leonardo DaVinci of R&B, and one of the prime movers in the invention and development of popular music as a whole, Ray Charles.  It’s his version of ‘That Lucky Old Sun’, popularly recorded by Frankie Laine in 1949, and covered by a great many artists since then ranging from Jerry Lee Lewis, to Aretha Franklin, to Frank Sinatra, to Brian Wilson.  It may be one of the most heartfelt versions of one of the most heartfelt songs ever recorded. Ray’s version appears on his 1963 album Ingredients in a Recipe For Soul.

The first time I heard it was on the soundtrack of the film Malcolm X, starring Denzel Washington. The song itself is something of a throwback to the days of toil in the cotton fields, in the film being a great contrast to the more militant and politicized nature of where many in the black community were at by the 1960s. Yet, in some ways, that only because of the colloquial language used in the lyrics.  I personally find that the lyrics hit on quite a universal theme of existential alienation.  Wow, that sounds weighty.

But the subject matter is weighty, with the troubles and toils of the common man seeming to be irrelevant or ignored by the rest of the cosmos, which seems to have been set running like clockwork; no compassion, no purpose, and no reason for anyone to think that the sun ‘rolling around heaven all day’ means very much beyond the action itself.   I think what strikes me about Ray Charles’ version most, is the sound of utter disappointment which he expertly infuses in his voice.  It’s the sound of someone who desparately wants to believe that the universe has a greater purpose beyond its function, yet is coming to conclude that such a hope may be a vain one.

Pop music hits on all kinds of emotions and spiritual states.  Where it is easy to sing about the meaninglessness of the world, its not as easy to capture the emotional core of that, and to bring that across so well.  If you’re wondering why they called Ray Charles the Genius, then this is a great place to start.