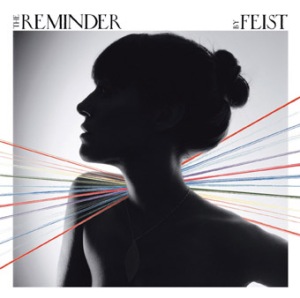 Hailing from eastern Canada, moving west, and then moving central again, Leslie Feist, or just Feist when she’s working, has contributed her vocal and guitar talents to a number of Canadian acts.  These include indie-rock band By Divine Right and electro-clash hip hop diva Peaches.  And this is not to mention her contribution to Toronto-based musical collective Broken Social Scene who made an international splash with their record You Forgot It in People

with her input. And somewhere in there she also managed to begin a solo career with her own debut Let it Die.

Yet with this this release she really solidifies her own identity.  And this is my favourite track off of it, with her restrained, almost ethereal voice rising with soulful energy in places, only to draw back before reaching a crescendo, which creates a sexy sort of tension.  And I love that crunchy guitar against the clean, simple piano riff which creates another kind of tension.

And the impressionistic lyrics suggest a third variety of tension; the nature of conflict in a relationship, feeling as though the other party is the enemy at times, even if love is undiminished.  The lines between love and war in this regard are blurred, making this song something of an exploration of the grey areas that relationships often present, with all of the uncertainty along with it.

For more information about Feist, check out her official site.

2 thoughts on “Feist Performs “I Feel It All””