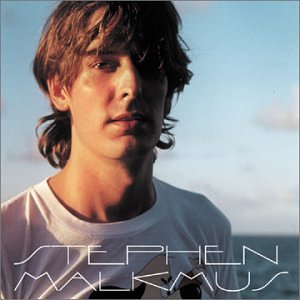 In some ways this is kind of a meat-and-potatoes rock song, with Malkmus’ Lou Reedesque spoken-sung vocal and the drums-bass-guitar (and cowbell!) trudging along languidly, with a groove that pulls you right in while not taking away from the story.  Yet, this is a story-song, with an additional level at work.

Actually, this isn’t the only song on the record that takes a storytelling approach, and it seems as if the Ray Davies school of songwriting is particularly pervasive, which is nice.  Like Davies, Malkmus writes characters very well. And the once-innocent soul captured by Turkish pirates is like an indie-rock take on the Boy’s Own Adventures.

Rock stars and pirates share some similarities, which may be why Johnny Depp decided to base his Captain Jack Sparrow character on a reading of Keith Richards. That connection worked out pretty well. The associations are pretty well established – a gang of men seeking treasure and adventure.  That’s rock ‘n’roll.  And of course there’s a dark side too, alluded to in the song  – “I had to pay the piper with my wedding ring/And I would never see my family again”. That’s another aspect of the whole metaphor – life at sea, life on the road.  Things change once you come back.

For more information about Stephen Malkmus, check out stephenmalkmus.com.