Listen to this song by über-prolific power-pop-art-rock maven Robert Pollard and his outfit Guided By Voices.  It’s ‘Glad Girls’ as taken from the 2001 GBV album Isolation Drills 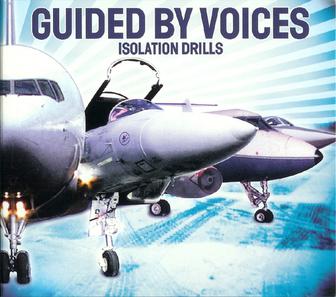 Guided By Voices  is the outward expression of Pollard’s wandering artistic spirit, and often times a lot of what he came up with when that band was a growing concern came off as slightly underdone.  But, this one is a fantastic power-pop tune that knocks it out of the park.  It’s got everything – a singable hook, some great crunchy guitar, and a sort of dreamy middle-eight section that echoes a 60s sunshine pop sound that makes this song a real breath of fresh air.

And I think a large part of the charm with this band as a whole is that even if a lot of their songs seem a bit “throw it up against the wall to see if it sticks” in terms of approach, a lot of what they’ve done is a testament to creativity over budget.  At times in the past, they were really only ever achieving demo quality on a lot of tunes.  But the strength of the writing and the commitment to finding a sound tends to make that pretty irrelevant, and was even looked upon by many fans as the whole point of the band’s existence.  But, by this record they were a polished pop band, clearly interested in getting that classic rock-pop vibe in order to appeal to a wider gene pool of listeners.

There are a lot of songs I consider to be smash hits in another dimension, in the sense that they should have been hits in this dimension and just weren’t.  “Glad Girls”  is a big one like that.  There’s just something totally uplifting about it.  And polished pop song or no, it makes me want to jump around and break things, which is the true rock  ‘n’ roll litmus test for me.

For more adventures of Robert Pollard, take a wander over to robertpollard.net.