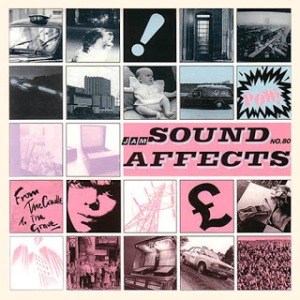 Listen to this track of Woking England mod-punk heroes The Jam with their 1980 deep cut ‘But I’m Different Now’ as taken from one of my favourite albums, Sound Affects.

The Sound Affects album is an embarrassment of riches when it comes to short, tough songs that are well-constructed and don’t outstay their welcome.  And where something like ‘That’s Entertainment’ is something of  a British kitchen sink drama, “But I’m Different Now” holds no ambitions about being anything else other than a pop song that really pops.  It has everything that makes for classic guitar-driven pop; a punchy rhythmic riff, a straightforward vocal delivery, tight playing, and even a nice little middle-eight section which gives the whole thing a great sense of pace.  And everything is under two minutes, people.

A lot of punk-pop these days takes a lot of hard knocks from purists. Yet, in some ways, the Jam were following the same template even in the late 70s and early 80s.   They were building on what came before and wearing their colours proudly. Clearly the ’65-’66 Who, The Sex Pistols, and 60s soul music are major contributors to their sound.  But even with a song like this under two minutes long, the Jam are proven to be unique.  They’ve got something.

It helps that Paul Weller was hitting a stride by 1980, and beginning to think about how to draw his musical interests together a bit more.  In some ways, the last few Jam records are a document of this process.  Of course, he would soon (in his opinion) outgrow this three-piece punk-rock-pop sound and dissolve the Jam after 1982’s The Gift

.
in order to explore other musical avenues with the Style Council. It’s clear that his talent would outlive the punk/new wave trend, and that he would be among the most successful of his musical graduating class.

For more music and information Paul Weller Official Website. His new album 22 Dreams is gaining all kinds of critical praise.  It might be worth investigating, people.

And as mentioned previously here on the ‘Bin, Jam bassist Bruce Foxton and drummer  Rick Bucker have formed a new band with guitarist/vocalist Russell Hastings which incorporates new material mixed in with classic Jam songs.

3 thoughts on “The Jam Perform ‘But I’m Different Now’”