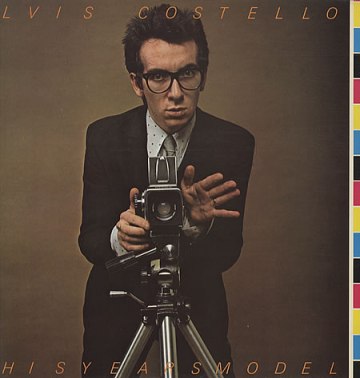 There is a generalisation that punk showed no musical ambition. And where I think that Costello was no punk, I also think that the spirit of the time was certainly interwoven into his approach, and certainly fueled the fires of his backup group which he’d assembled the year before the record was released: Pete Thomas on drums, Steve Nieve on keyboards, and Bruce Thomas (no relation to Pete) on bass guitar – The Attractions.

What made them such an incredible band was that they were unafraid to show their chops mixed in with the comparative ferocity of the music being made by certified punk acts like the Damned. Costello loved the Band as much as he appreciated the visceral energy of his contemporaries. And the Attractions helped him to get the balance right, particularly on This Year’s Model, which many fans will tell you is the last record on which Costello sounded so downright hostile in his delivery.

So, with this song and others from this era, you’re hearing top flight playing that doesn’t overshadow the material, which in the age of progressive rock and virtuoso soloing, had been a reason punk and pub rock took off by the end of the 1970s in Britain. But yet, listen to Pete Thomas’ opening salvo on the drums, Bruce Thomas’ winding and kinetic bass, and Nieves’s Garth Hudson-like sonic colours holding it all together behind Costello’s amphetamine growl. This tune blows the doors off. These guys would go on to prove how versatile they were as a unit well into the next decade, joining Costello on a number of stylistic excursions. But “Lipstick Vogue” shows that these guys were one of the best rock n’ roll bands of the time – perhaps of any time.

Check out the most recent version of the album This Year’s Model, which includes the record, plus a bonus disc of live material similar to what you’ve seen in the clip.